Unsustainable industries, including industrial agriculture, hydropower, and coal mining, are lobbying for devastating changes to the EU water law - the Water Framework Directive (WFD). If ever put into effect, these changes would give these sectors the green light to undertake even more destructive activities, potentially causing havoc on our rivers and lakes.
Freshwater ecosystems are the most threatened on the planet. In Europe, only 40 percent of EU rivers, lakes, streams and wetlands are healthy today, largely due to pressures from industrial agriculture and hydropower, as well as other sectors, such as mining.

Some industries have been coming together under the umbrella  of European and national associations to lobby for substantial changes to EU water legislation, the backbone of which is the Water Framework Directive (WFD). This paper shows that, if ever put into effect, the changes would give these sectors the green light to undertake even more destructive activities, potentially causing havoc on our rivers and lakes.

But, far from obliging these sectors to clean up their act, some Member States have compiled a strikingly similar wish list, raising serious questions as to where their true interests lie. 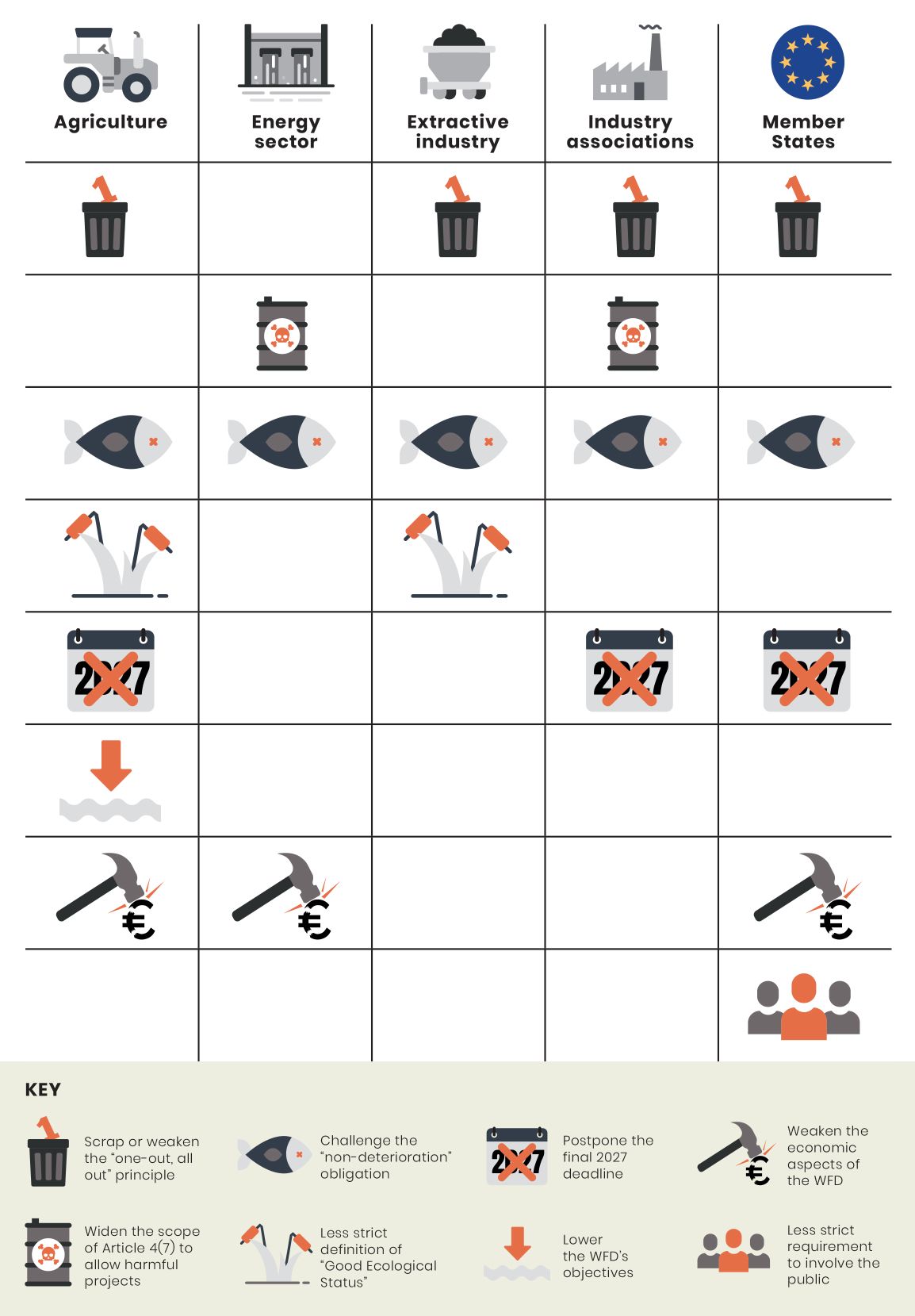 This briefing brings together the positions on the WFD of national and/or European associations representing the interests of agriculture, hydropower, and extractive industry, as well as proposals made by officials from some Member States. The briefing then goes onto to show the clear alignment between the wishes of Member States and those of the industry groups, and outlines why these “wish lists” of changes would, if introduced into the legislation, be a terrible blow for nature and EU citizens alike. It concludes with a list of recommendations to both the European Commission and Member States to ensure full implementation of the WFD. 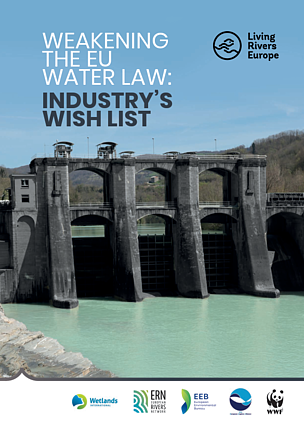 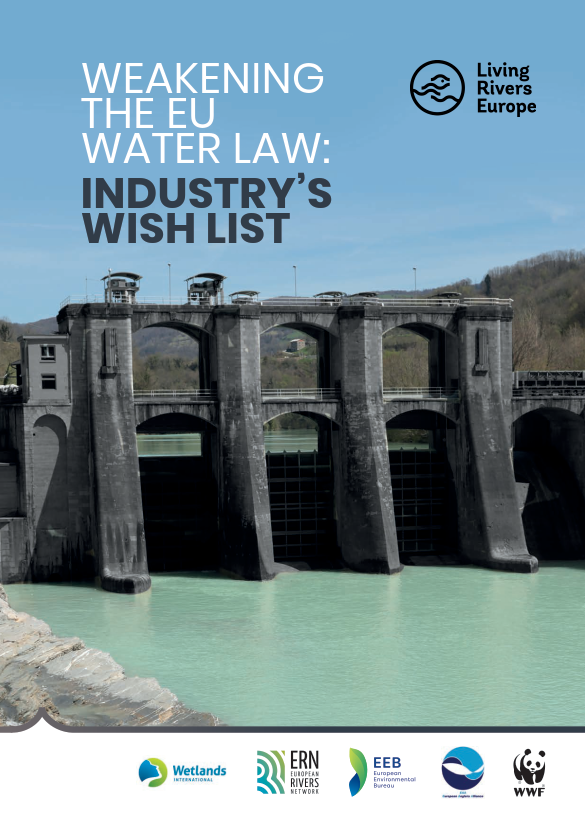