We, the undersigned, are alarmed by the failure of co-legislators to exclude fossil fuels from financial support under the Social Climate Fund (SCF). Without an exclusion, the SCF could lock households and transport users in the most vulnerable situations into dependency on expensive and polluting fossil fuels, instead of investing in the insulation and clean technologies that would help them benefit from the transition to climate neutrality.
The European Commission has proposed SCF indicators that illustrate that more efficient - but still polluting and fossil fuel based - installations would be eligible for support. As indeed would fossil-fuelled vehicles: allowing the financing of ‘low-emission’ vehicles, rather than only zero-emission ones, will mean that SCF resources could perpetuate people’s exposure to fossil fuel (and carbon) prices for longer.
While the cost of renewable energy has declined consistently over the past decade, Eurostat data shows that household gas prices increased in the first half of 2022 in all Member States except Hungary, and by over 100% in 4 Member States, compared to the same period last year. These price rises were driven up by the cost of gas and came in spite of household price caps and other controls. Some of this rise is due to the ongoing impacts of the war in Ukraine, but fossil gas will remain a price-volatile energy source due to continued geopolitical instability. While households have been shielded in many Member States, the cost to the public purse can have negative impacts later as taxes or spending cuts. Meanwhile, with the right investment, the EU could fully replace Russian-sourced fossil fuels by 2025 through energy savings and renewable energy.
Investment in fossil fuel-fired heating and transport is short-sighted at best and profoundly misguided at worst. Energy savings and renewable heating solutions are readily available, compatible with the energy efficiency first principle and in urgent need of scaling up. As European Commission estimates point to an additional annual investment need in transport and buildings decarbonisation of €240 billion up to 2030, public resources spent on false ‘solutions’ like fossil gas will simply soak up money that could be spent on transformative solutions, and so raise the overall cost of the transition. And by delaying the phase out of gas this will also mean that households will require compensation for high fossil fuel costs for longer than they would otherwise.
For these reasons, supporting fossil fuel investment with the SCF will undermine the stated European Green Deal objective of ‘leaving no one behind’. The SCF is supposed to help those in the most vulnerable situations, but if it is allowed to finance fossil fuels, it will add to the risk of a two-speed transition: one in which lower-income households remain exposed to volatile fossil fuel prices whilst wealthier ones quickly reduce their costs by investing in energy savings and fully renewable solutions.
Real solutions must be accessible to all if we want to deliver on a just green transition: however, people living on low incomes and those who are at risk of energy poverty still cannot access renewables and are locked into fossil fuel use at all levels (through heating/cooling systems; transport; unequal access to green jobs). They are the least responsible for climate change, but they are asked to pay the highest price.
Increases in heating costs disproportionately hit the lowest income households hardest, as they spend a greater proportion of their income on energy and are often the least able to escape polluting or inefficient heating systems. In turn, this means that higher heating costs may simply lead to poorer households going without heating. Even before the war in Ukraine, 35 million citizens were estimated to be in energy poverty.
The failure to exclude fossil fuels is yet another example of EU negotiators prioritising the needs of big, polluting industries while side-lining those of citizens. While estimates suggest that, at the current carbon price of €75 per tonne of CO2, free allocation of emissions allowances to industry will equal around €192 billion between 2026 and 2032, the SCF may be resourced with less than half that amount, at €72.2 billion over the same period. This imbalance is completely unacceptable - if anything the figures should already be the other way round.
Finally, in order to ensure the SCF is used in ways that respond to the needs of the people who need it the most, it must provide them with the opportunity to have a say. Social Climate Plans must allow for the meaningful participation of stakeholders and align with the norms of stakeholder participation set out in the Aarhus Convention. EU legislators must support amendments that strengthen the requirement for the involvement of partners, including under-represented groups (such as racialised communities, people living in poverty, women and young people) and of civil society and local government in deciding how SCF money is spent by national governments.
We call on EU negotiators to address these points fully in the final trilogue negotiations: 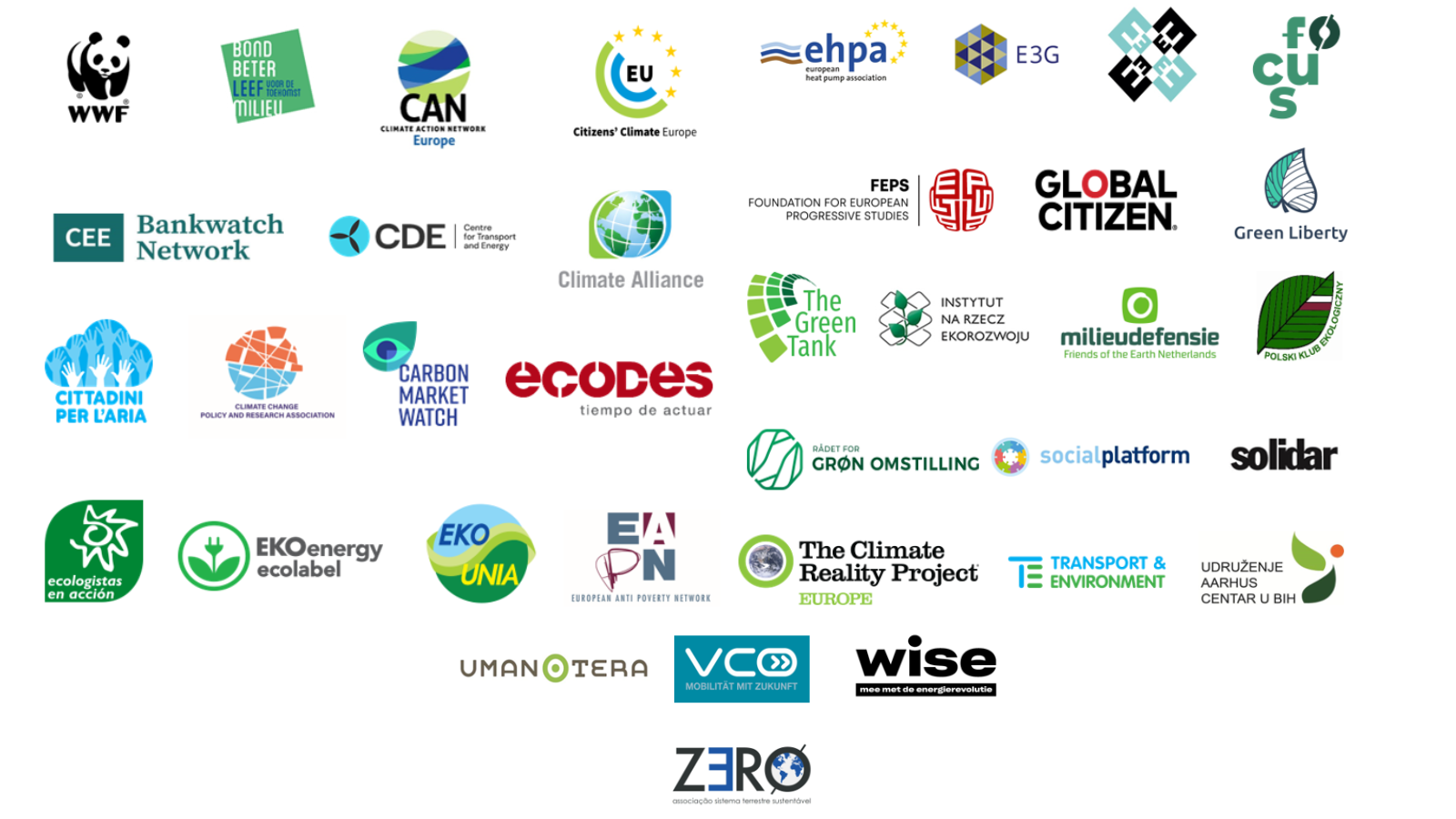 Including fossil fuels in the Social Climate Fund will lock the most vulnerable into expensive and dirty fossil fuels for many years to come.
© Stefaan Provijn