The Fit for Future platform published its recommendations to make EU laws more future proof and effective. Among those recommendations the advisory body, made out of EU countries and stakeholders, demands that Member States adopt a national neutrality target and revise their governance regulation. WWF, which acted as rapporteur for this Opinion, welcomes this recommendation.
The Fit for Future platform was created to simplify legislation and make them ‘future-proof’. One key recommendation adopted in December 2022 is that EU countries should “set a national level, economy-wide climate neutrality target”. The Opinion was adopted by nearly all Member States, the Committee of the Regions, the European Economic and Social Committee (EESC) and a diversity of stakeholders such as small businesses, trade unions and consumer organisations. 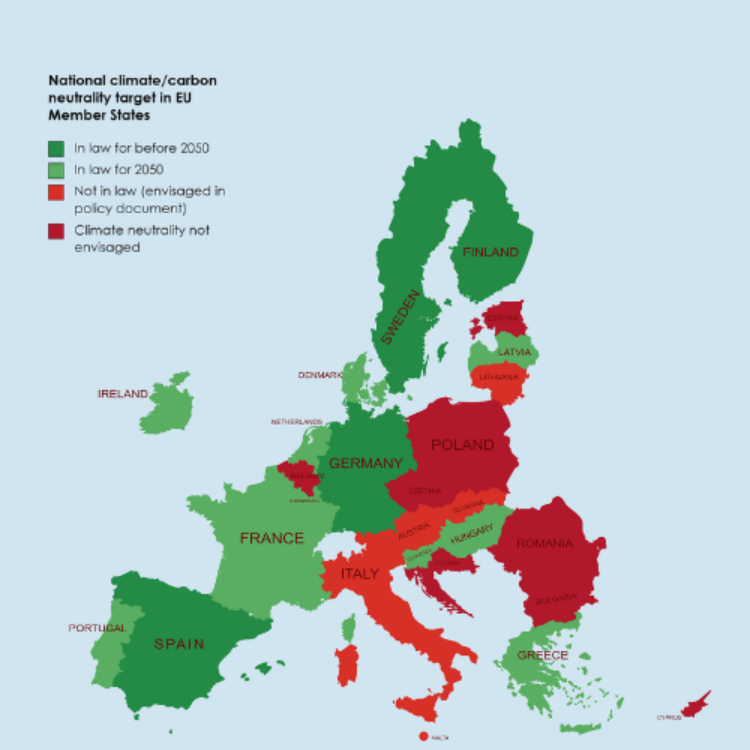 Austria expressed dissenting views on the Opinion, as it wished to go further and called instead for all EU countries to achieve climate neutrality by 2050 at the latest. WWF supports this, however the Platform settled for a different formulation in order to preserve consensus.

In addition, the Opinion considered that the Regulation on the Governance of the Energy Union and Climate Action (the ‘Governance regulation’), needed to be revised “upon the completion of trilogue negotiations on the Fit for 55 package”. This piece of legislation notably requires EU countries to produce a 10-year national energy and climate plan (NECP) and a 30-year long-term decarbonisation strategy.